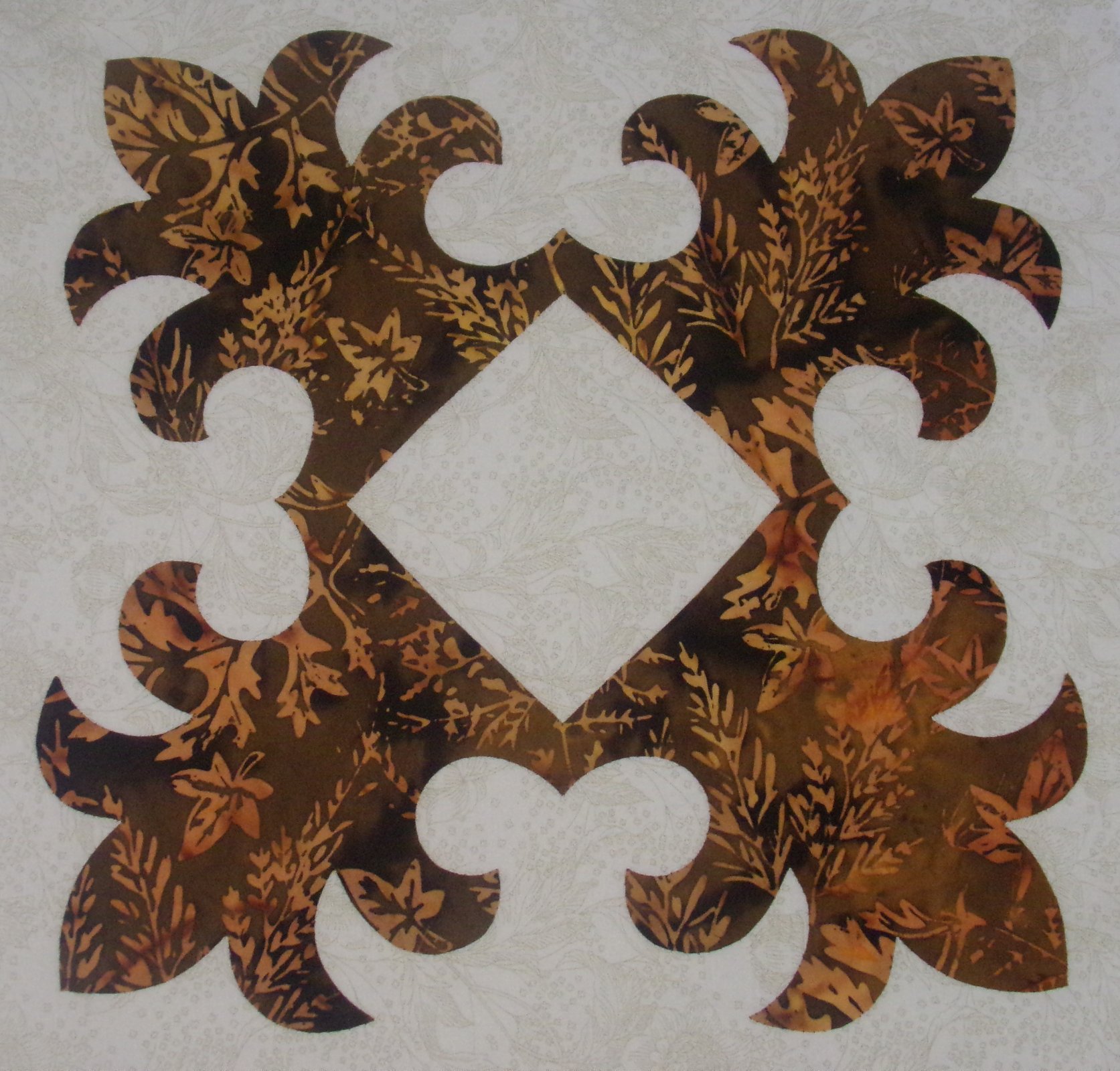 Award-winning quilter Audra Rasnake will teach the basics of needle turn applique.
As the name implies. the needle turn method involves using the shaft and the point of the needle to turn under the raw edges of fabric as it is stitched down onto a background. We will be using a technique called "folded cutwork" to create our applique pattern. This is basically folding freezer paper (think of making paper snowflakes as a child) and using the cutout design as our applique. Audra prefers to teach this method to beginners of applique because it is a project that will take several hours to finish and will give you lots of practice on the four elements of needle turn: inside curves, outside curves, inside points, and outside points. You will get started on the block in class and then take it home to complete after some practice time.

Award-winning Audra Rasnake is a fourth-generation quilter and literally grew up underneath a quilt frame. Her earliest memories of childhood involved needle and thread. Even with that early exposure, Audra did not begin hand quilting until she was in high school and must confess that it was several years before she attempted needle turn appliqué because she was fascinated and terrified at the same time. Now, however, she CANNOT and WILL NOT create a quilt without applique in it. You'd have better luck asking her to stop breathing!

Shortly after she married in 1992, Audra began having her work juried into local arts and craft shows and selling items on commission. She considers herself a traditional quilter and does ONLY hand quilting and needle turn appliqué. It was at the Mid-Atlantic Quilt Festival many years ago that her life changed, and a seed was planted. She wanted to become a competition quilter!

Audra’s quilts take an average of 18 months from start to finish, and she completed her first show quilt in 2014. Since that time, she has made five more. She has won several ribbons at national level shows, including "Best of Show” honors and many specifically for her hand quilting and needle turn appliqué. She loves complicated, intricate work and feels that it’s like getting lost in a long juicy novel.

Audra says that quilting is her life and that she spends about 3O hours a week on appliqué, piecing, or designing of some kind. She is currently in the process of packaging, copyrighting, and marketing several of her original patterns and preparing for her second year as an instructor at that the Academy of Applique in Williamsburg, VA. Audra says, “No poet could ever describe the joy that quilting brings to my life. l often say that I would have to live to be 10,000 years old to finish every quilt that lives in my heart. I love sharing this precious gift that God gave me through teaching and encouraging others and I hope I inspire those around me to keep learning, keep dreaming, and keep quilting.”

Class Cancellation Policy
Mark your calendar carefully since all admission
and class tickets are non-refundable.
Please send someone in your place
if you are unable to attend the Festival.